The international company Naniko offers the most convenient and high-quality car rental for the city residents and visitors. The company guarantees you the lowest prices for rental cars, as well as the flexibility of booking making and freedom to travel to different regions of the country.

Specify in the process of booking the exact time and the place of the vehicle’s pick up.

Car hire in Tbilisi with Naniko – the ideal way to experience all that this legendary city can offer.

After the arrival in the country, you can take a car from the following locations:

If you are afraid of an unfamiliar city’s roads and traffic, you can order a car with a driver.

Our low rates will surprise you!

Tbilisi is a centuries-old city. It was founded by King Vakhtang Gorgasali in the fifth century. This city is proud of its interesting history and rich culture. 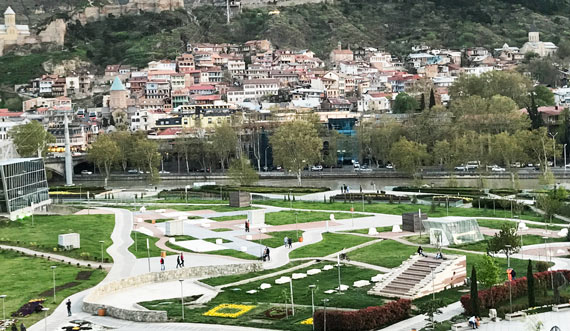 In the center of the old town, on an elevated hill is a military stronghold, the so-called Narikala. When the fortress was built is unknown, but facts suggest that in the IV century it already existed.

You can not leave the capital city without visiting the famous sulfur baths, which are located in the old part of Tbilisi, in Abanotubani.

The local restaurant’s dishes are represented mainly by national Georgian cuisine’s dishes. Keep in mind that the Georgian kitchen in 2015 ranked fourth place among the European countries.

Not far from the town is the wine region of Kakheti and the famous mountain peak Kazbegi.

In a rented car from a company Naniko you can ride around the city, as well as travel outside the city and arrange an interesting tour.